In the 63rd minute of the West Ham v Tottenham game a stoppage was made as Tottenham were awarded a free kick. At exactly this moment, some chap decided it would be the right time to run onto the pitch. He headed straight for the free kick, and, with security running after him, managed to take quite a good free kick, before getting apprehended by security and subsequently arrested.

Unfortunately for the pitch invader, the West Ham goalkeeper saved the free kick, but if you watch the reactions of some of the players, the Wall turned round to check if the ball had hit the back of the net and the Tottenham player next to the referee was a little bit gutted that the ball didn’t end up in the back of the net.

West Ham went on to lose the game 0 – 1 with an Eric Dier goal in stoppage time after both teams had a player sent off during the course of the game. 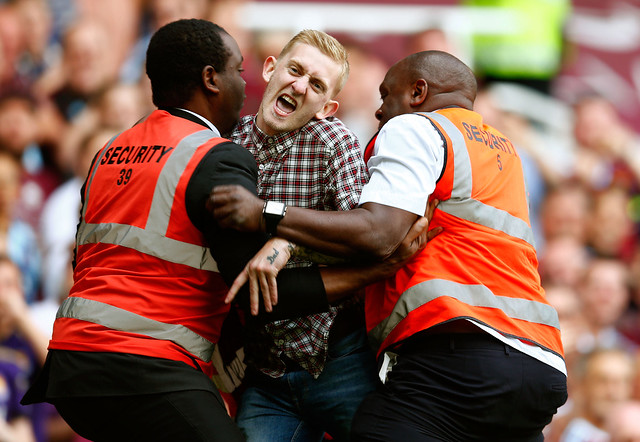 Here’s a view from the stands: