Lurking Ashley – Lunch Atop A Skyscraper

You are here:
FootballLurking Ashley

Lurking Ashley, or Ashley Cole to his mates, posed with his Roma team mates for a team photo but ended up on the periphery of the photo. The internet went meme crazy and a few decent ones hit the net with Ashley Cole even tweeting the one of him lurking behind Cheryl Tweedy and her new husband. Even Francesco Totti has got in on the act whilst having his photo taken with the Roma team in Philidelphia.

The internet then dubbed the phenomenon Lurking Ashley and the fun began, and here we have Lurking Ashley in the iconic photograph “Lunch Atop A Skycraper”. 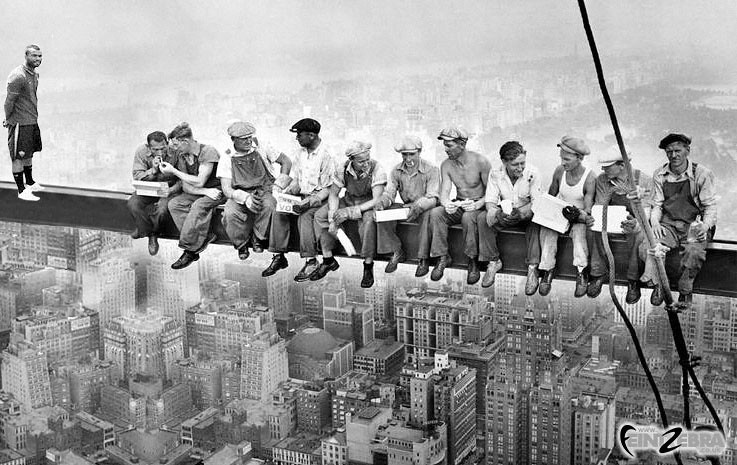