A Selection Of Brazillian Newspapers After Yesterdays Humiliation To Germany

As you are all probably aware by now, Brazil got thumped by Germany in the World Cup semi finals on their own turf last night by a staggering 7 goals to 1. I’ve picked my favourite 5 from a collection of 50 that are available from HERE that were made available by the awesome Reddit user tellman1256.

The A Tarde goes with the headline “Here lies the dream of a sixth championship in 2014 – it died of shame”. 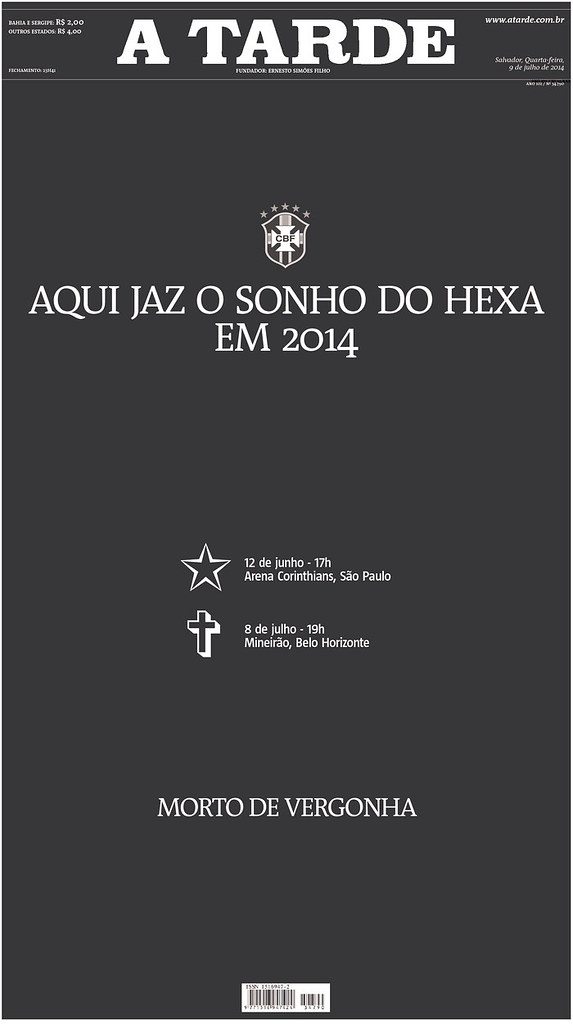 The Agazeta simply go with “Massacre” 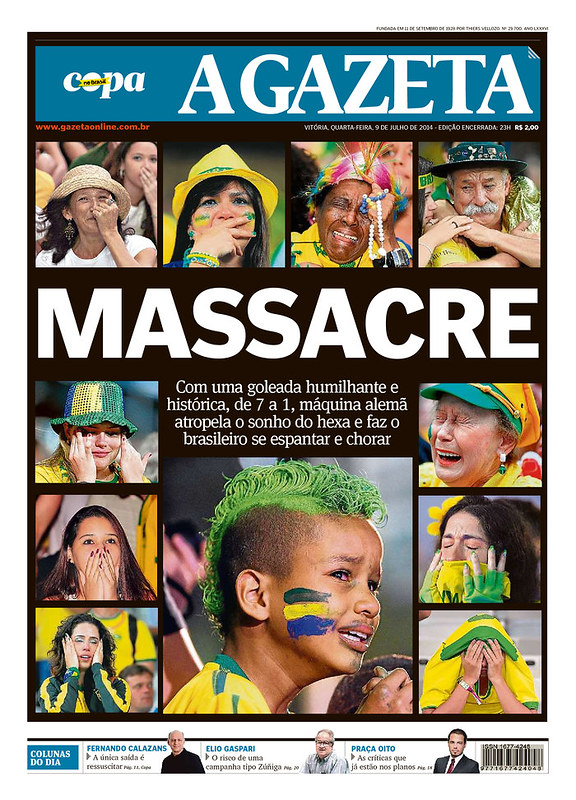 The Hoje describe the defeat as “Disgrace” 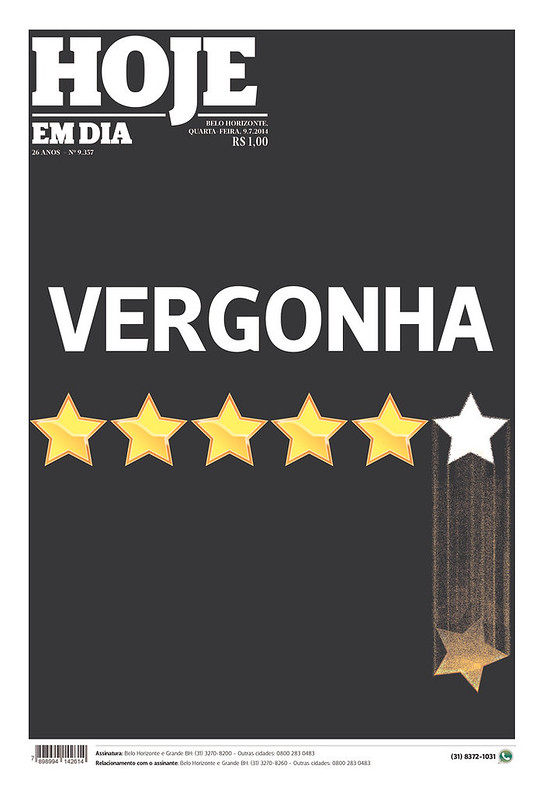 The O Popular go for the rather comical “A historical puncture” 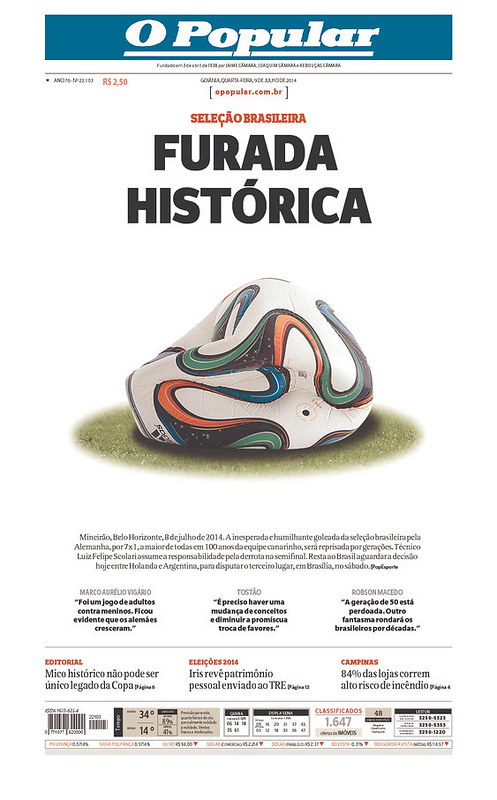 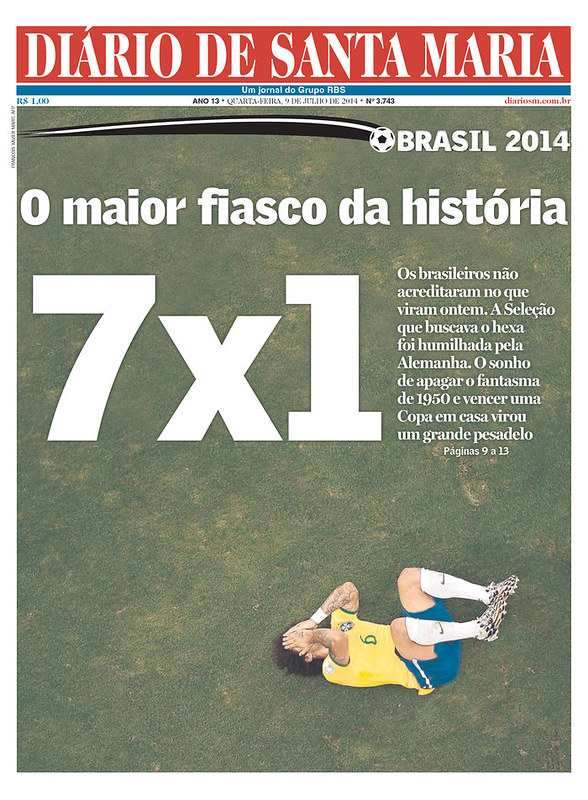