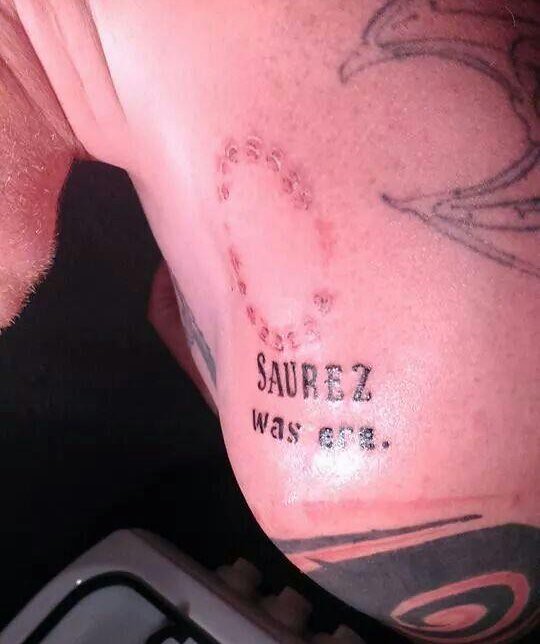 Image courtesy of a blind tattoist

Awful, awful awful and something they’ll have to live with for the rest of their lives. What are they going to do when Suarez bites someone for a fourth time and a fifth time? And where’s the tattoo’s to mark the occasions where he bit Ottoman Bakkal of PSV Eindhoven or Bratislav Ivanovic of Chelsea?