There have been some strange goal celebrations in our time, but has there ever been a Dom Dwyer selfie? Dom Dwyer of Sporting Kansas City decided to embrace modern technology and current trends by taking a selfie moments after he scored. After scoring in the 33rd minute he ran to photographer on pitchside who passed him his phone. He then gathered a few fans at the back (as seen in the picture), popped his arm around his Sporting Kansas City team mate Soony Saad and took the selfie. 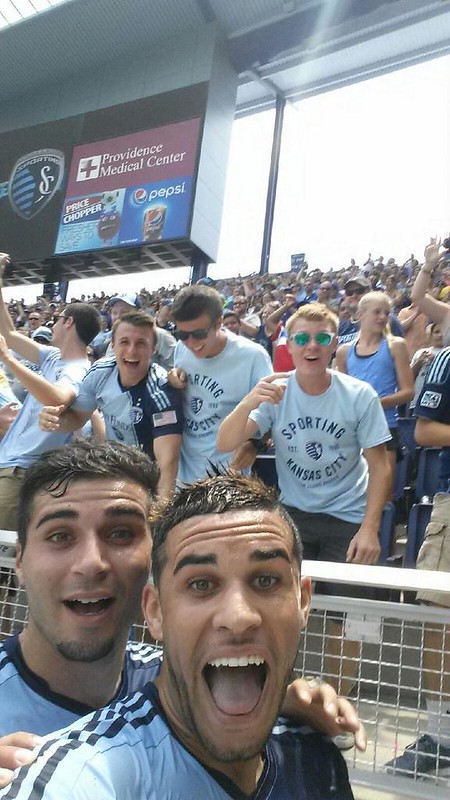 Dwyer was booked for this celebration and more importantly, Mike Magee of Chicago Fire (the MLS team, not the TV show) when on to equalise and the game ended 1 – 1. Completely on topic, but nothing to do with these two teams, the current leading goal scorer of the MLS season is none other than Bradley Wright-Phillips.