David Moyes was destined for big things. It had been rumoured that Alex Ferguson had earmarked him for the Manchester United helm once he retired. To the delight of many a football fan, in the summer of 12/13 this came true as Sir Alex (as he likes to be called) retired and named Moyes as his successor.

I’d also like to remind you that we’ve had bad times here. The club stood by me. All my staff stood by me. The players stood by me. So your job now is to stand by our new manager. That is important. ~Alex Ferguson

What then proceeded was a near complete season of nineteen other football teams fans mocking Manchester United as they slid into a decline that saw them break a multitude of records along the way:

Their league position suggests they are ahead of us and they possibly do come here as favourites. Liverpool are having a very good season and we will have to do everything we possibly can to beat them. ~David Moyes

The Chosen One became the Chosen Gone in April 2014 and since then he has remained out of management, probably enjoying a life of luxury from his pay off from Manchester United from which he earned around £7,000,000 (including his wages up until the sacking) with Luis Van Gaal, hot from the hype his goalkeeper substitution at the World Cup for Holland replacing him at the helm.

Real Sociedad, overlooking his tenure and Manchester United and concentrating more on his Preston and Everton days, have decided they need the services of David Moyes after sacking Jagoba Arrasate due to a run of bad results. La Real, currently sitting 15th in La Liga after a 2 – 1 win against last seasons La Liga winners Atletico Madrid, have given Moyes an 18 month deal.

With ample time to prove himself, which way will the David Moyes road show go? Will he steady the ship and produce a solid working team that could beat anyone on their day as he did at Everton, or will he continue his run of form from Manchester United, breaking lots of unwanted records along the way? Either way, there’s lots of free bet offers out there for you to capitalise on – so what are you waiting for? 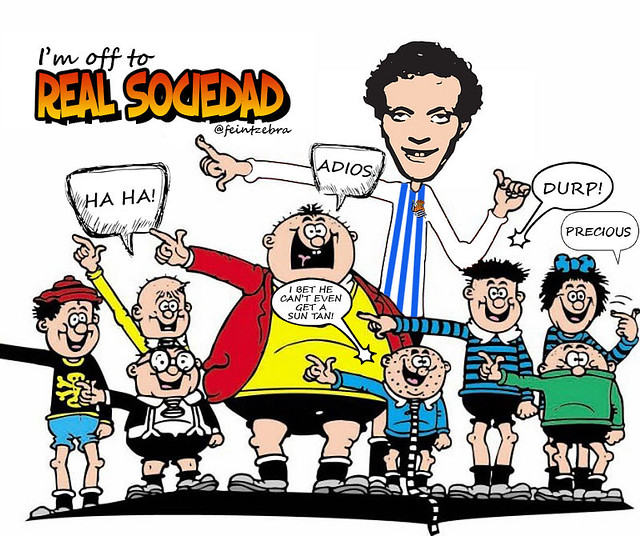