Daniel Agger was brought to Liverpool from Brondby in 2006 for £6,000,000 by Rafa Benitez in what was then a deal that made him the most expensive footballer sold by a Danish club to a foreign club.

He went on to make 175 appearances for Liverpool over the next 8 years, netting 9 goals along the way. There was rumours of him joining Barcelona over this transfer window, but that move hasn’t materialised and he’s made a return to the club where it all started for him, at Brondby.

He’s penned a letter to the fans of Liverpool Football Club, and I’m sure you’ll agree – it’s much better than the bollocks written by a certain Pepe Reina when he thought he was leaving for Barcelona and that fell through. 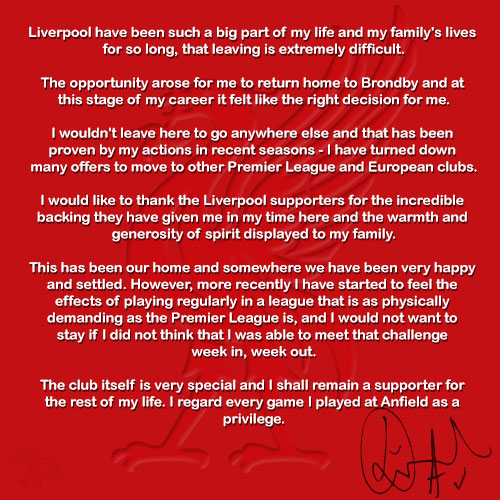 Thanks for the service Mr Agger – particularly that elbow to a certain Mr Torres (see picture at bottom!)

Here’s the statement in full:

Liverpool have been such a big part of my life and my family’s lives for so long, that leaving is extremely difficult.

The opportunity arose for me to return home to Brondby and at this stage of my career it felt like the right decision for me.

I wouldn’t leave here to go anywhere else and that has been proven by my actions in recent seasons – I have turned down many offers to move to other Premier League and European clubs.

I would like to thank the Liverpool supporters for the incredible backing they have given me in my time here and the warmth and generosity of spirit displayed to my family.

This has been our home and somewhere we have been very happy and settled. However, more recently I have started to feel the effects of playing regularly in a league that is as physically demanding as the Premier League is, and I would not want to stay if I did not think that I was able to meet that challenge week in, week out.

The club itself is very special and I shall remain a supporter for the rest of my life. I regard every game I played at Anfield as a privilege. ~Daniel Agger

And here is that elbow in all it’s photographic glory: 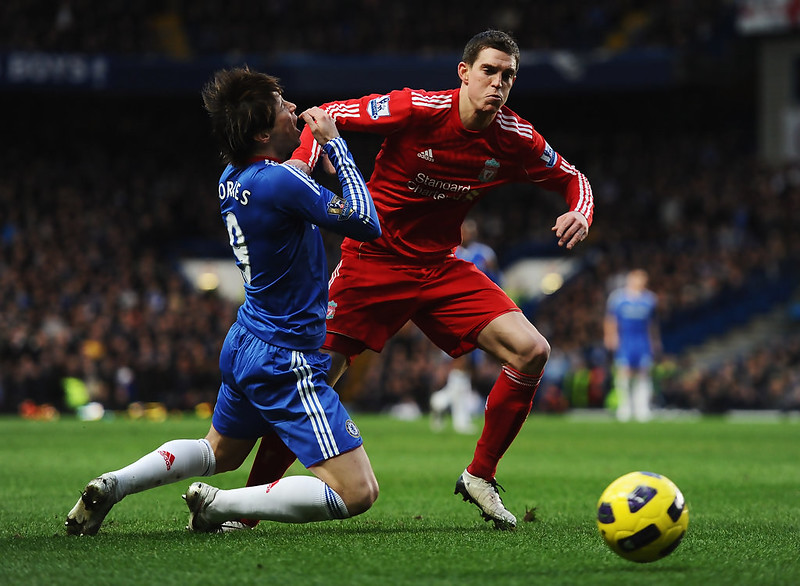