Apologies for the lateness on this one, but I am allowed to take a holiday every now and again (plus the wi-fi was poor where I was and was difficult getting access to things like WeTransfer when sent stuff like this).

Puma Football revealed the Borussia Dortmund Champions League Kit that they will be wearing this season and it’s a lovely all yellow number. Borussia Dortmund got drawn in Group D with Arsenal, Anderlecht and Galatasaray.

Borussia Dortmund open up their Champions League campaign against Arsenal on the 16th September at the Signal Iduna Park where this season they will hope to go one better than 2013-2014 and win the cup, something which they have only managed once before – back in the 1996-97 season where they beat Juventus 3 – 1 at the Olympiastadion in Munich.

If you are this way inclined, you can purchase the Borussia Dortmund Champions League kit at the official BVB Fan Shop. 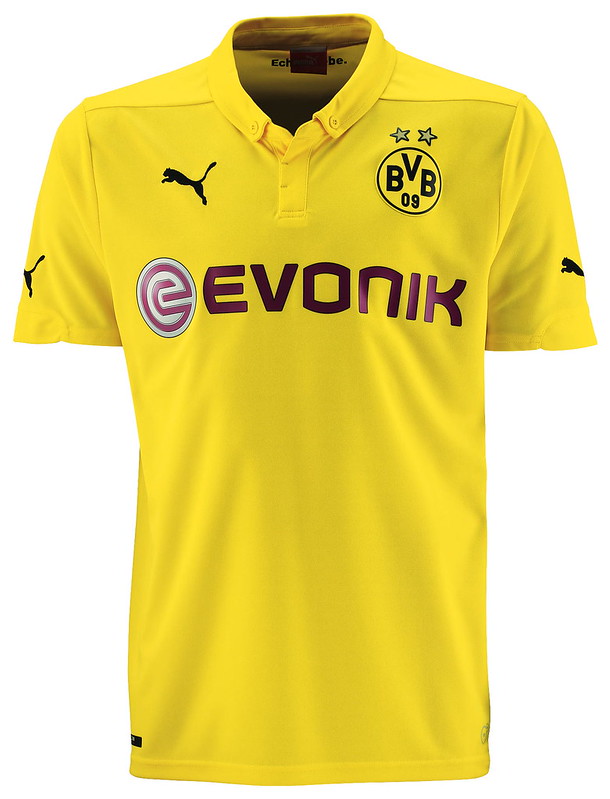 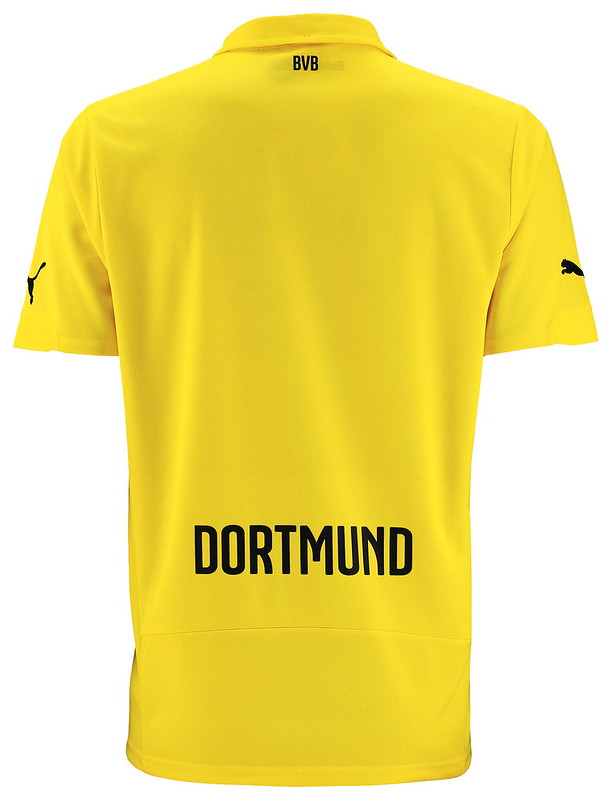 Back of BVB Champions League Kit by Puma