To the delight of millions of football fans around the world, we witnessed on live TV one of the highlights of Premier League history as the cosmic stars aligned.. The camera zooms in on Ashley Young’s face to see his reaction towards something that’s gone wrong, and the bird that’s been circling Old Trafford for 20 minutes waiting for its moment seizes its opportunity and drops it’s neatly packaged parcel with 100% accuracy right into the mouth of Ashley Young. Delightful.

To the credit of Ashley Young – he doesn’t even flinch as the poo bounces off his lip and settles neatly for all to see. Maybe the bird had eaten something nice the night before and it tastes OK.

Manchester United went on to lose the game 2 – 1 to Swansea City – the firs time they’ve lost their opening game of the season at Old Trafford since 1972. Ki Sung-yeung put the visitors ahead in the 28th minute before new Manchester United captain Wayne Rooney levelled for the home team on 53 minutes with an overhead kick. Gylfi Sigurdsson gave Swansea City the win in the 72nd minute and The Swans their first win at Old Trafford. 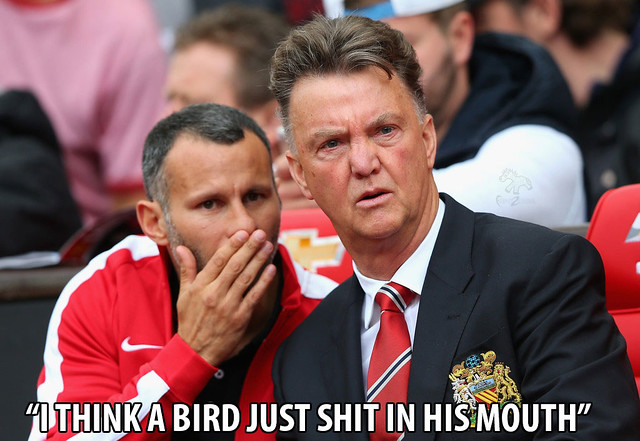