In what can only be described as a gaffe of astronomical proportions, the guy or guys in the graphics department over at MUTV managed to get just 2 names and photographs right when showing the team line-up for their pre-season clash with Inter Milan.

The only two team mates they got right in the line-up were Danny Welbeck and Ashley Young whilst getting David De Gea’s picture mixed up with Anders Lindegaard, Rafael mixed up with Chris Smalling, Johnny Evans and Phil Jones were the wrong way round, Luke Shaw was some how mistaken for Antonio Valencia, some guy out of Spiderman was mistaken for Herrera whilst he was mistaken for the man who had a problem with his bowels and was out for most of the season. Shrek was Mata and Mata was Shrek. Tut. Tut. Tut 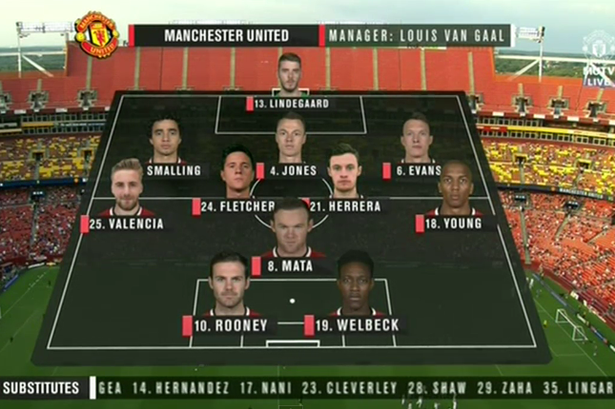