Ashley Cole was recently quoted as saying that English players are afraid of moving to a foreign club as they are in a comfort zone in England. Yeah, I know. This is the same Ashley Cole who’s been in his comfort zone at Arsenal, then Chelsea since 1998 and only moved abroad because no-one wanted to pay his wages for his twilight years of his footballing career – but I’ll let that pass, as I would have loved to have seen him at Liverpool.

Anyway, Ashley Cole looks to have settled in nicely at his new club Roma as this photograph doing the rounds on the internet shows. Here we can see Cole standing on the periphery of the Roma team looking rather sheepish. Kind of like the person who always gets picked last for when having a kick about on the front street. 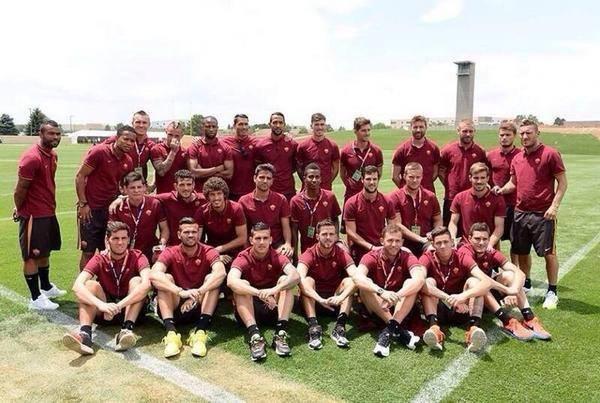 Paddy Power, the betting giant, then took the picture of Ashley Cole with the words Lovely View and tweeted this 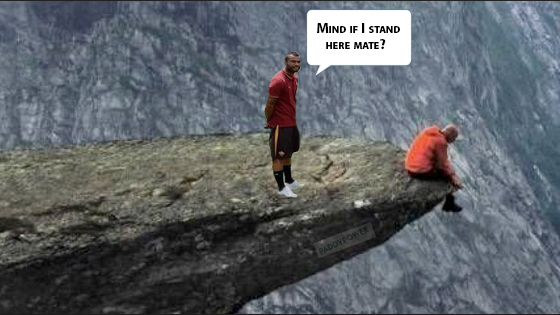 I myself thought that the Last Supper scene was more apt, particuarly with the people on the right of the picture pointing over. You can imagine them saying “Who the hell is that” in whatever language they spoke back in the olden biblical days.

Can you do any better? If so, I’ve kindly uploaded Ashley Cole as a PNG for you to add to any picture you like. Just download him by RIGHT CLICKING HERE and selecting Save Link As. You then have him to shove anywhere you like. If you do, send me a copy.