There’s a bold claim that Barcelona open negoations with Liverpool over £80 move for Luis Suarez. I suspect they’ve missed off the million or even a ‘m’ otherwise Ian Ayre might be hounded out of Liverpool. Newcastle have signed Siem de Jong on a 6 year deal. Swansea City want a combined £45 million for Wilfried Bony, Ben Davies and Michael Vorm with Tottenham and Liverpool interested. Chelsea have agreed to pay Costa’s buy-out clause, making his move to Chelsea come a little closer. Manchester City insist that Alvaro Negredo not for sale as Atletico Madrid circle. Tottenham want £20 million for Sandro as Napoli express an interest in signing the midfielder. ~Daily Mail 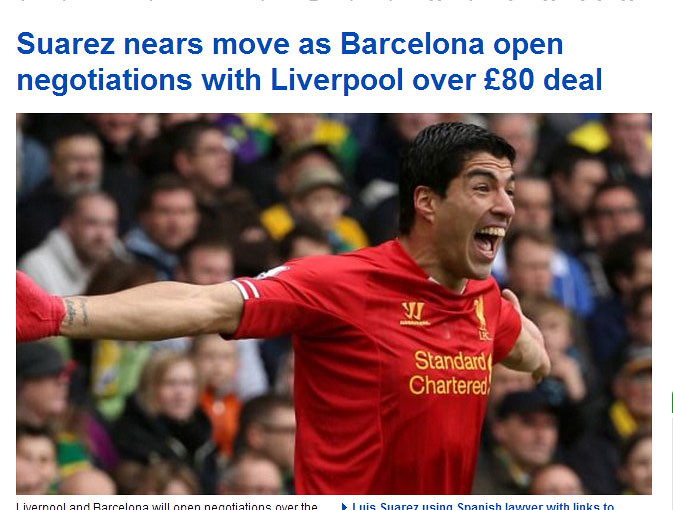 Arsenal sign Mathieu Debuchy from Newcastle for £12 million and will confirm the deal after the World Cup has finished. Tottenham are in talks with Swansea over a £50 million triple deal which will see them take Wilfried Bony, Michael Vorm and Ben Davies. ~Metro