Kenny Dalglish, or King Kenny to the well educated, in one of my first proper Photoshop jobs, one of my most enjoyable and most shared on the internet. I decided to try and do a series of Graffiti type graphics of famous Liverpool players with famous quotes said by them or said about them.

This one is a quote by Billy Bremner: Kenny Dalglish is probably the most modest man who has ever been handed the nickname ‘king’ but King Kenny he will always be. 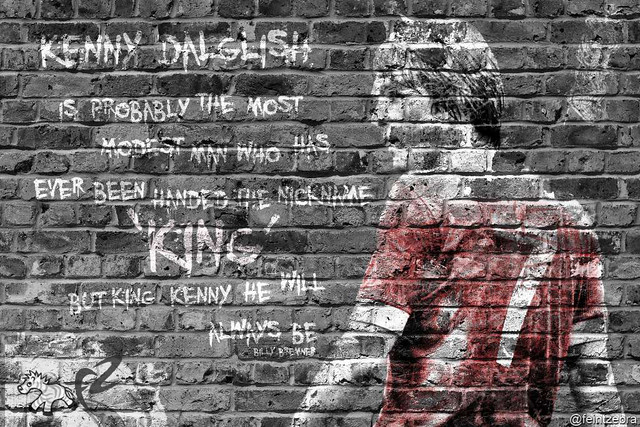